I told a friend recently that it’s a weird time to be online. To be honest, this statement feels evergreen — when is it not a strange time to live your life publicly on the Internet? But recently, there’s been a push to be authentic (something I’ve written about several times) without being too authentic. No one wants to make the people around them uncomfortable, right?

As my blog grows, I never want to lose sight of why I first started writing. Years ago, when I started blogging on Tumblr, it was essentially a mental health diary. Over time, I’ve developed coping skills and am in a much better place mentally, but I’m still in treatment for general anxiety disorder and major depressive disorder. I go to therapy and take medication daily, and it’s been eight months since I was hospitalized because of the intensity of my mental illness. I’d had a rough month, but I insisted that I was doing great until I crashed and burned. Since then, I’ve had to reevaluate my priorities. I ended up in the hospital because I wasn’t okay, but more importantly, the people around me had no idea. My closest friends knew that I was having a tough time, but I didn’t want to burden anyone. If you asked me how I was doing, I would’ve chirped, “Great!” And of course, my social media feed was mostly good moments.

But now, I see the value in being just okay and being honest about it. Sometimes, being stable is the biggest victory we can claim, and being raw about our mental state is normal. Take it from me — life is so much harder when you’re lying to yourself and the people around you.

After I was released from the hospital, we had a really tough time in Fort Lauderdale. And if a friend asked me how I was doing, I was honest. I wasn’t great, but I was getting by. And getting by is a huge win when you’re recovering from a mental breakdown. No one feels great all the time. Not to repeat myself a million times, but that’s okay. Have grace for yourself. It’s what I’m trying to do, and it’s so wonderful to not feel unneeded pressure. 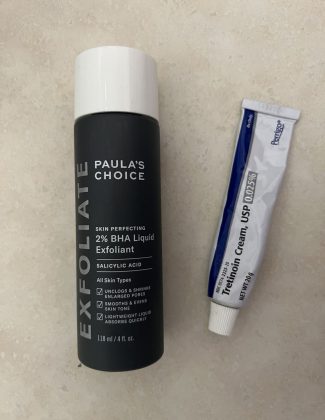