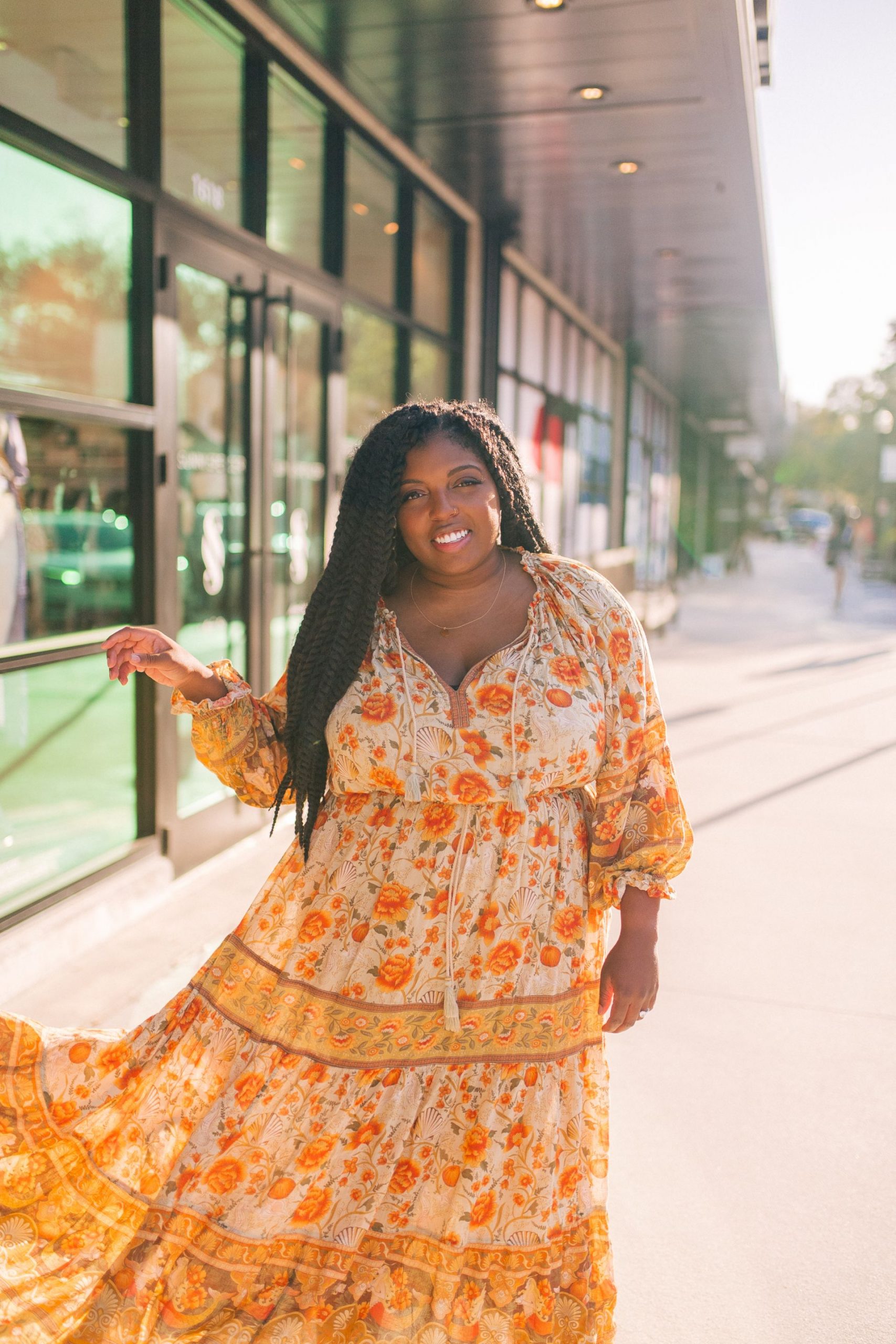 Can you believe it’s already March? 2020 felt like it dragged on (probably because I spent a good portion of it pregnant, ha), but this year is flying by for me. I have something super exciting to share with y’all — my brand new monthly roundups! While I can’t promise I’ll be consistent with this new series, I’m going to try my best. I fully admit that I stole this idea from my friends Grace Atwood and Hillary Conheady, who do weekly/monthly roundups. I love reading them so much that I had to try it myself! Without further ado…

February 2021 Recap: What I Bought, Watched, And Read

Setting the Wire by Sarah Townsend: Before I got pregnant, I only had a faint idea of how complicated postpartum health can get. It’s difficult to find honest accounts about what happens when things get really, really bad. This memoir is a breathtakingly raw look at postpartum psychosis. I read it in one sitting, and it left me with tears in my eyes.

The Sanatorium by Sarah Pearse: If you want a book that’ll creep you out in the best way, this is a great one. I have to be honest, I wasn’t a huge fan of the ending, but the rest of the book is compelling enough that it didn’t really matter.

Things I Bought + Things I Was Gifted 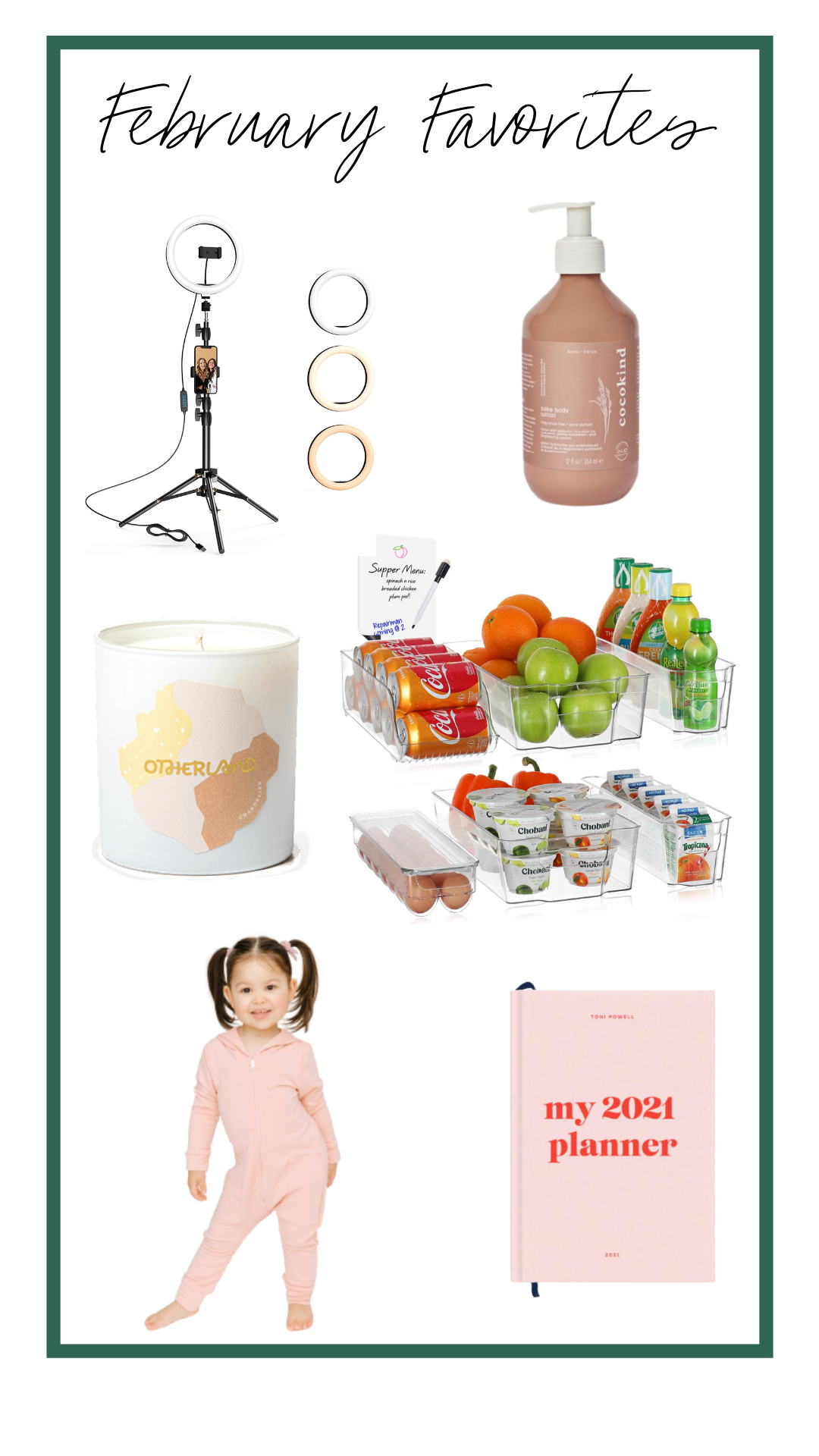 I’ve needed a ring light for a while, but I didn’t invest in one until this month.  It has a phone holder and is adjustable, and you can change the temperature of the lighting. If you use your iPhone to create content, this is great to have.

One of the upsides of quarantine is how much time we’ve spent organizing our home. I’ve been procrastinating on the fridge, but these shelves helped me get it together.

I procrastinated on buying a 2021 planner, given that my 2020 planner barely got any use (thanks, COVID!). But we’re believing that this year will be better, right? Anyway, I searched up and down for an affordable planner that checked all my boxes, and this one from Papier is a winner.

(The next three items were given by brands with zero strings attached, so you know I actually love them. I’m not sharing all the PR gifts I got this month — only the stuff I really liked.)

I never knew that Nora needed a long-sleeved jumpsuit until Smash + Tess sent one for her. I can’t wait to get pictures of her in it, because it’s so cute that I might scream.

If you’ve been watching my Instagram stories, you know that I’m trying to up my skincare routine, given that I literally washed my face with bar soap as a teenager. (Yikes!) Cocokind generously sent me a few items to try, and my favorite so far is the sake body lotion.

My first-ever blog post as an ~influencer~ was reviewing candles, and they’re still my favorite gift to get. I honestly am hesitant to spend money on candles, but Otherland’s candles are a win so far. I’ve tried Daybed and Chandelier so far, and they’re both strong but subtle.

Framing Britney Spears on Hulu: I haven’t followed the #FreeBritney movement very closely, but this documentary shook me. If you’ve somehow avoided the hype and haven’t watched it, I definitely recommended it. Because the New York Times is behind it, it feels journalistic while also being a fascinating look at conservatorships.

Behind Her Eyes on Netflix: I hated this television show, but I also want everyone I know to watch it. Confusing, I know, but I just have so many thoughts that I need to know how people feel about the twist ending. I felt like it lost the plot in the last two episodes.

Questions I Have, In No Particular Order

Why did Rob kill Adele who he supposedly loved more than anything? For money? Because he wanted to marry the hot psychiatrist?

How was Louise able to learn astral projection and switch bodies *that* fast? Like, give me a Wikihow explaining this because I’m still very confused.

How does David remain in love with someone who tried to FRAME HIM FOR MURDER even though she had literally no evidence other than Adele’s word?

We’re supposed to believe Louise saw a fire in progress and, instead of calling the fire department, decides astral projection is the best shout? MAKE IT MAKE SENSE.

Why didn’t Louise just mind her own damn business to sit on her couch and drink wine instead of getting all up in David’s life? I guess we’ll never know, although it would’ve saved her a lot of trouble!

Overall, I’m just salty that an addicting thriller became a sci-fi fantasy. I did not ask for this!

I Care A Lot on Netflix: Several people recommended this to me after I shared that I watched Behind Her Eyes. But I didn’t love it the way a lot of people seem to – I legitimately opened my laptop and started working once the Russian mafia aspect became a prominent plot point — but the ending definitely makes it worth it.

I can’t wait to hear your thoughts on these things (especially Behind Her Eyes). xx 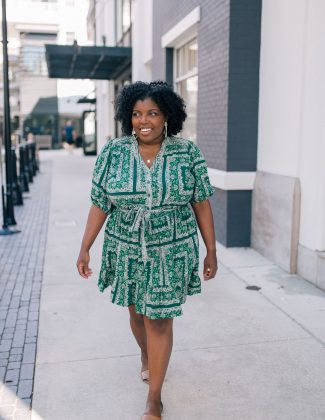 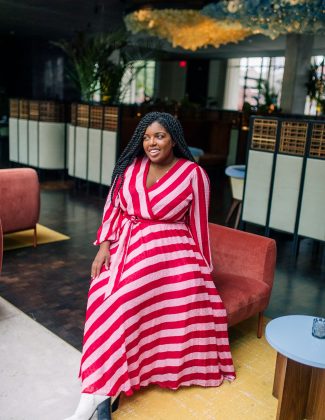 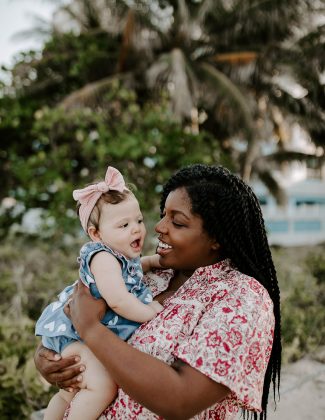