This post is sponsored by Lemi Shine. As always, opinions are my own. 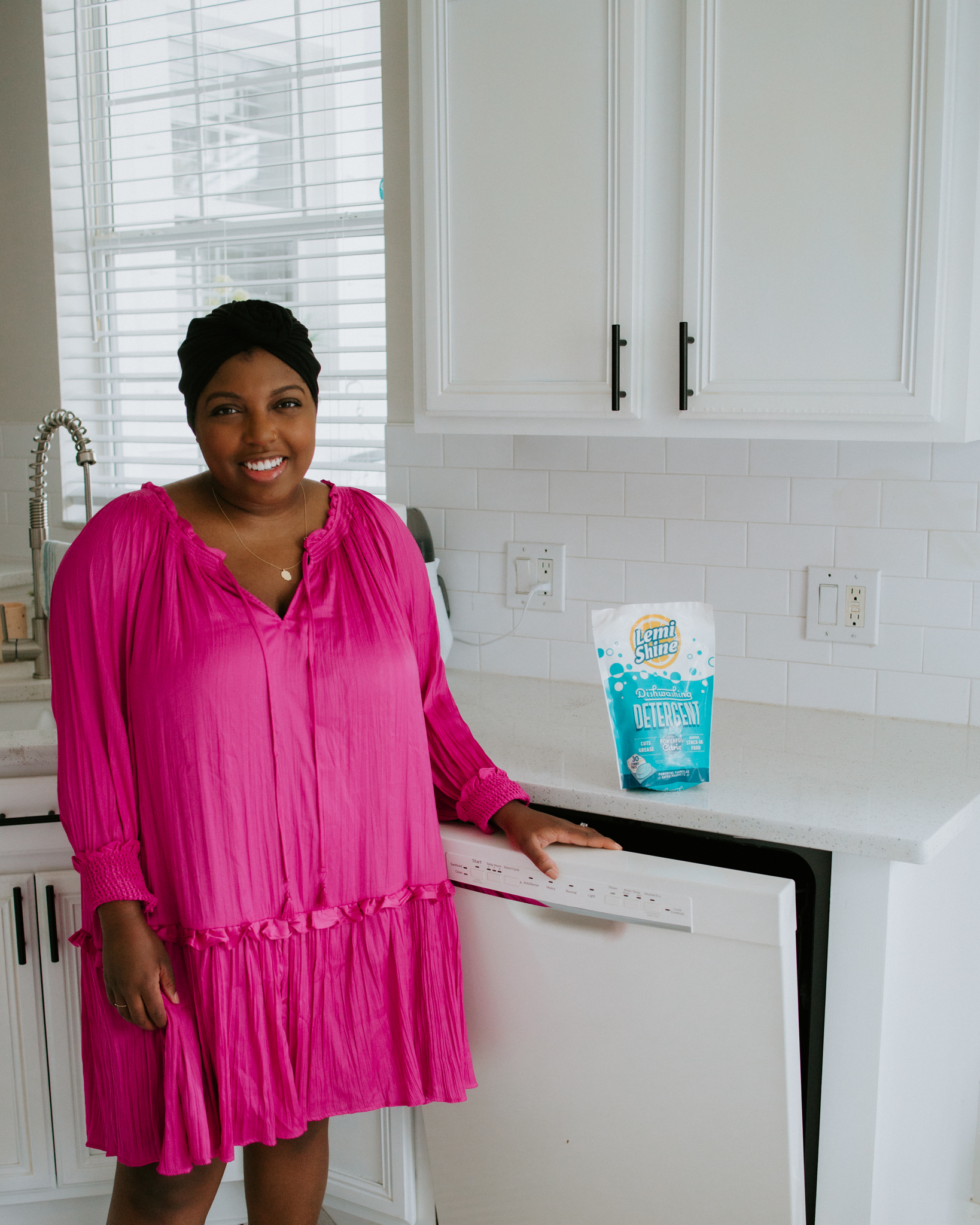 Growing up, my parents didn’t let us use the dishwasher for many years because they were convinced it wasted a ton of water. Washing dishes by hand wasn’t very fun, especially because we had two adults and three kids in our household, so we dirtied a lot of dishes! Once my mom and dad finally came around, we finally started using the dishwasher.

My family stuck to liquid detergent, which I never really questioned. I didn’t like the white streaks it added to our dishes. But I assumed it was normal and there was no way around it. When Lemi Shine sent me their Dishwashing Detergent Pods so that I could share my honest review, I was stoked to try them out. I’ve been feeling the spring cleaning itch, so this felt pretty serendipitous.

We usually run our dishwasher once or twice a week. Some of my friends with bigger families run it every day, but we don’t usually have that many dishes unless we’re cooking an elaborate meal.

Because of that, one pack of dishwashing pods lasts us for a relatively long time. 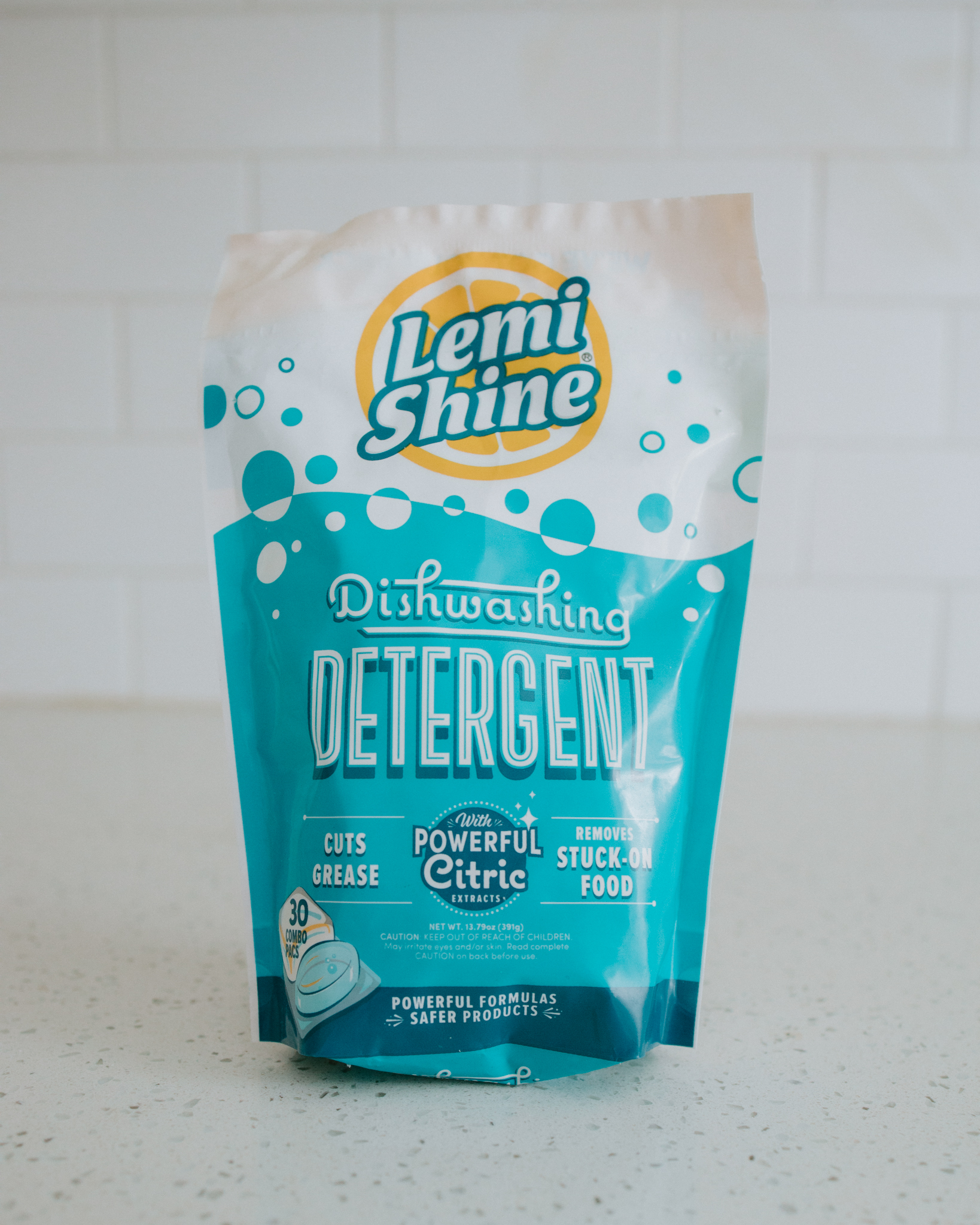 Before trying Lemi Shine, I hadn’t really placed an emphasis on clean products and usually just bought whatever was on sale at the grocery store. I’ve shared before that it matters so much more to me since I had Nora — she puts literally everything in her mouth, so I don’t want to use harsh chemicals if I don’t have to. I’ve previously used and reviewed the disinfecting wipes, which I’m a fan of.

These dishwashing pods smell great, which is something I’m saying for the first time ever. They’re also easier to use than the liquid detergent I’ve bought in the past. Most importantly, all of my dishes came out without any residue or hard water buildup. Also, Lemi Shine is way more affordable than other “clean” brands I’ve tried. I can happily give these detergent pods an A+ after testing them out.