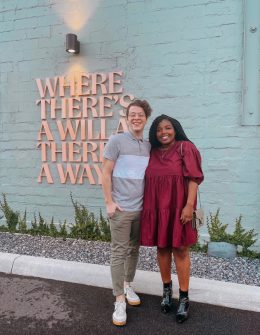 In the first few months of our relationship, we relished picking a restaurant that we thought the other person would enjoy. Now, ten years in, “what are you in the… 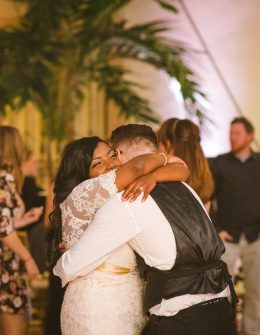 I cried on our wedding night. In our getaway car with our loved ones’ sparklers still in the rearview mirror, I started to weep. I didn’t know anything about my…

I was fuming. Furious. How could he hurt me in this way? And how could I ever forgive him? It was my junior year of high school, and I was officially over my on-again, off-again crush and his casual callousness. He played with my feelings and led me on in ways that were unbelievably mean, and I wanted nothing to do with him. I swore him off mentally and vocally, telling my best friend I was finally ready to move on.

The mystery man? That huge jerk? The guy who broke my freakin’ heart? Well, he’s on the couch next to me, so my resolve didn’t stick. Yup, you heard it right — Vagner the doting partner is the same guy who once told me, “I think that you like me, and I’m not interested right now. I’m sorry and I wish I was attracted to you.” The sweet boy who is the epitome of #husbandgoals is also the first guy who ever made me cry.

Big news — I finally put together the relationship Q&A I’ve been working on for approximately a month. Even though it took a while for me to sit down with Vagner and write this up, I am so excited to share it with y’all! Vagner is much more comfortable behind the scenes, which is why it’s so special when I convince him to co-write a post with me.

For those who have been following for a while, you know that I spent a lot of time writing about us during the Tumblr days. I don’t really have a reason why I stopped. Once we got married, it just felt like we’d rather be living our lives than writing about it! Now that we aren’t newlyweds anymore, I do feel like I have the mental capacity to write about our love life without feeling like I’m sharing too much. I’m going to be sharing a lot more about the things we’ve struggled with, the victories we’ve shared, and more.

If you haven’t spent much time on my Instagram, you may have missed it, so here it is again: I’m “shout it from the rooftops” in love with my husband, who I’ve known since I was 15 years old. But he’s not my soulmate.

I know this reads like clickbait, but hear me out. When I was a little girl, I thought about how one day, I’d meet my Prince Charming and live happily ever after. That thought process was still around when I was dating — I’d endlessly wonder whether Vagner was “the one” or if I was supposed to keep looking.

Happy Wednesday, everyone! (I’ve started feeling like this introduction is a bit of a copout, but I wish everyone Happy *insert day* so often that I can’t do anything else.) I hope you’re having a lovely week — the past few days have been a bit harder than expected for me, but so many of you have reached out to offer your prayers and given words of support. I don’t have the words for how much that means to me and my family, so thank you.